I’m only a passenger in my life !

The town is in effervescence. It’s a time of celebration, people drink and talk. Two buddies are sitting in a bar. They want to do something. They are looking for the remaining excitement, a corner full of scandal to animate their time, to animate their life. They are still trying to influence what will happen, to force their destiny. But you can’t control it. Their body chooses for them. Alcohol is rising, a full bladder, they spawn their way through the crowd, hustling the bystander until they walk around a dark alley.

Four men, at the end of the alley are playing music. They drink, they sing. It is a hidden act, forgotten, that shouldn’t be there. It’s later now, it’s the paroxysm of that night. It’s even after the paroxysm, it’s the beginning of the fall. Here and there, people are emptying their bladder, they let their pain out. But these four men at the end of the alley, these four men away from the fake agitation of pleasure, are authentic, those men are lost. They look like crap, but feel everything. They have what we where looking for, spontaneity and life. Arround an old almost rusty amp, one saxo, two guitars, a light heart but a heavy voice, they are alife.

From the corner of this dark alley, a man stops, he want to have fun. Further down his friends call him, they make fun of him, they want to join the alcoholic crowd. Ignoring them, is heart lit, he stop. His voice joins the four man. Letting is voice out, his stupid thoughts, his hidden thoughts: he raps his search of truth. His friends continue to mock him. He should go back to the superficiality of is life. But here lays the heart of an artist lays: he needs to share, with all his clumsiness, all is said stupidity. He has joined what only is, for his friend, a band of good for nothing, without the sub, the misfits. But he is alive.

Next to him, we break some old nuts in rhythme. We break nuts and the music magnifies. We break nuts and the music expands. Time has stopped. There isn’t any more prejudice nor expectation. The judges are left to rot. A spontaneous breath roars. A clumsy breath, maybe of too much, maybe out of place. The only certainty is that we feel like passenger. We that stopped here, we see ourself from afar. We’re not what we were, we are spectators

People stop. People go by. People laugh, people are mocking. Throaty laughter can be heard passing, but the music never stops. The passenger doesn’t chose to stop. The passenger sometimes stops. He is intrigued, he hopes to find somethings. What is it? What is he looking to learn? What are is expectation? In an instant, he freeze, he sits, he listens, he looks and realize he is alive. What is happening? Out of the blue, we want to believe we can go beyond, we take the guitard, the mic, we want to believe in an interaction that makes sense. We connect. Filled with excitation. With people ready to express. We let our expectations go, our anxiety, and for a few seconds, minutes, hours, we let our self expand. Finally. To feel human. Finally. To feel miserable. Finally. To find others fo feels the same. Nothing makes sense, his this instant like others or is that moment rising? Is it touching us? Can we go out of the superficiality and apparel? Can we feel alive and admit it?

And all this people that are passing by this spectacle, they just saw misfits, losers, slumped on the badly paved cobblestones of the old town. They were looking for their expectations: to sleep, to be seen at the arm of someone honorable. It’s not even that, is even more. They want to get hooked at the arm of a dandy, someone that has cultivate a resectable beard or at the arm of a doll, someone that attracts attentions and make them exist. They look for a soulmate. They think they found the connection. They believe they’re in control of their lives, but they are just passenger. Obedient puppet and empty, they believe it makes sense, they believe in coincidence, they believe their life come from something, a higher meaning. They believe in logic. There isn’t. There is just for men playing music.

In front of this scenery, in the chaos of originality, in the chaos of this flirt, in this clash, a man runs, he runs back home. He want to fix this moment in the archives of is life. He want to never be able to forget this moments. He runs towards in camera, the ones that has been waiting so long, de one that was begging for a moment worth to be shot. With this camera, he wants to capture somethings. He wanted to shows to the passenger that didn’t stop all they’ve missed. He wanted to show that we can still feel, that we are still allowed. We can observe the stars and feel at home. That in this simple instant we can freeze, and want to freeze it. That’s what he did. He wanted to be able to revisit this instant, to be again the spectator of this act. He wanted become again the passenger of this wobbly act, to observe himself observing this act, to find in is own eyes what made that moment formidable.

He could have thought, questioned himself, he could have refuse this unknown to submerge himself. But this flow of extravagances, he accepted it and decided be soak from it. Without that, he wouldn’t have been there. He could have thought, but he wouldn’t have stopped. He wouldn’t have lost is time with this people that could have looked useless and insignificant. But he let himself be guided. He decided to shut down all reflexion, and by doing so, he has awaken all dormant ambitions. He became the passenger of his life. He accepted to refuse to think, he chose to refuse to chose. He chose differently than all other passer-by, he wanted not to act, not to push himself back in order, to refuse good sense. In a word, he lived. That’s, what it is to be a passenger of life, it is not by getting in order that we’ll find reason, it is by refusing order that we meet the improbable, this instant has nothing to do in a life but what a pleasure and honor that is life could be adorned with this madness. 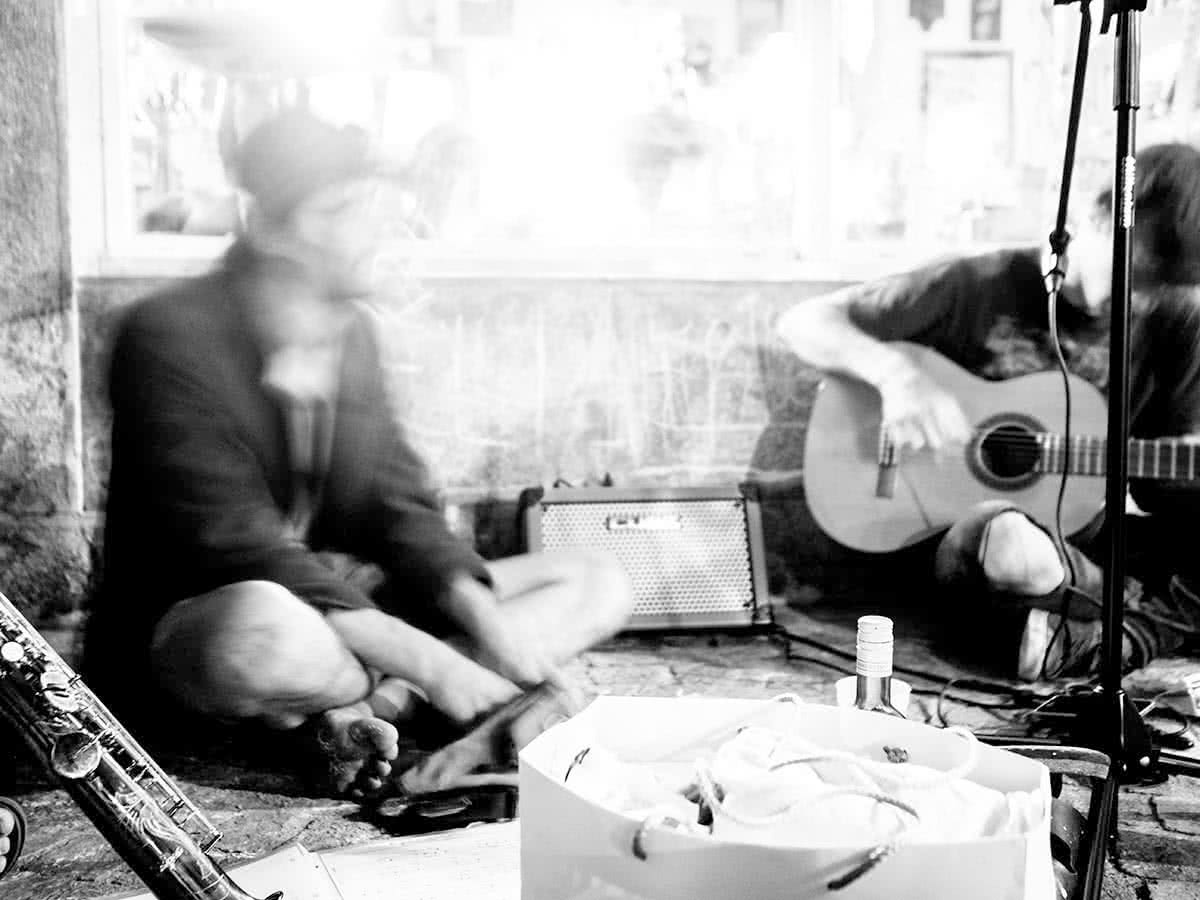 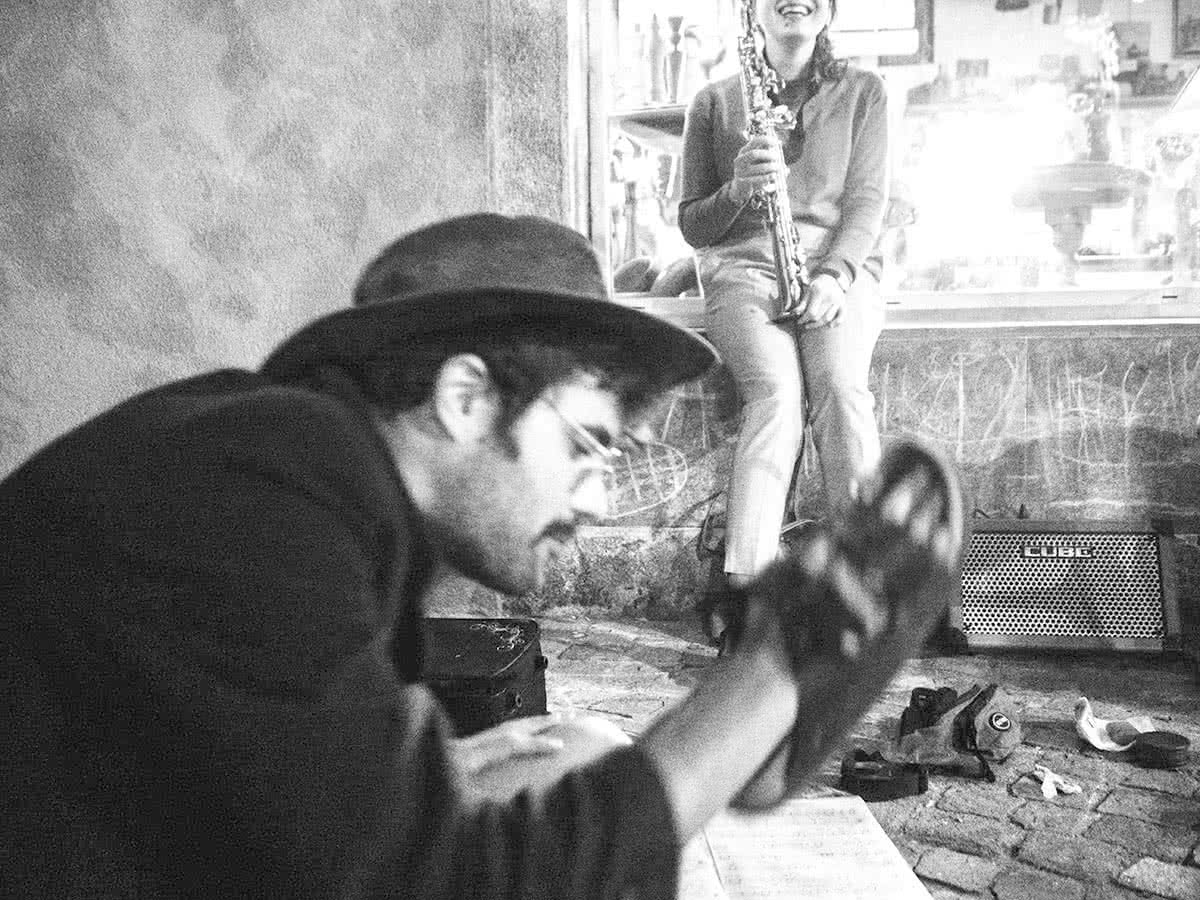